A Samsung device bearing SM-G998B model number appeared on FCC. The listing reveals Galaxy S21 Ultra will support a stylus device which in all probability refers to S-Pen. Previously, multiple rumors claimed that Samsung’s top of the line flagship will support S-Pen. So far only Note Series offered support for S-Pen.

Despite supporting S-Pen, the Galaxy S21 Ultra will not come bundled with one. Unlike the Note series there will be no holster or housing to hold the S-Pen. In other words, the S-Pen feature on upcoming Galaxy will lack basic convienence. The Galaxy S21 Ultra is likely to carry a premium tag and we are not sure if users will spend more to buy the S-Pen.

Samsung’s S-Pen could be used in two modes, click and hover. In click mode, the stylus is primarily used for entering data while the hover mode will allow users to access features without touching the phone. In the backdrop there were rumors that Samsung will scrap Note lineup. However, the company rubbished such claims and said the Note lineup will continue to live.

Yet another leak confirms the Galaxy S21 Ultra will feature a custom metal-glass design at the back and a protective layer of Gorilla Glass Victus. Other features include 6.8-inch Infinity-O-Edge Dynamic AMOLED display, Snapdragon 888 or Exynos 2100 (depending on the region), up to 512GB storage and 12GB of RAM. The Samsung Galaxy S21 Ultra is likely to be released in January next year and is expected to be priced at €1,349 in Europe. 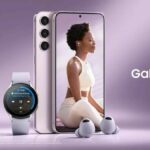