Google has announced Stadia pricing today. Meanwhile,  the pricing had been leaked prior to the event. Stadia will be offered in two models, subscription and a-la-carte (individual pricing for the games). The founder’s pack consists of Chromecast Ultra, limited-edition Night Blue Controller and a pack of (two) three-month Stadia Pro subscription. Stadia Pro will cost $9.99 per month. This particular plan will include select games while the newer ones will be charged over and above monthly subscription fees. That being said all the games support 4k resolution, HDR, 5.1 surround sound and 60 fps. It is also worth noting that Google is offering a free version of Stadia in 2020 (resolution limited to 1080p).

Stadia is a platform that lets you play console games without the need to buy an actual console. All you need is a Chromecast plugged into your TV and internet connection to access games from the cloud. Google has forewarned that the rollout will be slow. Most of the browsers and phones will be able to support Stadia only next year. However, you can get yourself a Stadia controller and use Chromecast to play console games on your television. Please note that the standalone controller will retail at $70.

At the time of debut, Stadia will include games like Assassin’s Creed Odyssey, Tomb Raider trilogy and The Division 2. Stadia will be available in the following countries at launch: US, Canada, UK, Ireland, France, Germany, Italy, Spain, Netherlands, Belgium, Denmark, Sweden, Norway, and Finland.

Google Stadia Pricing for the U.S

RELATED :You Will Be Able to Flip to Shh the Google Pixel Fold 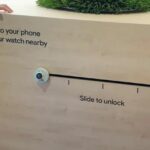