The updated version of the Google app, bearing version number 13.20, lets users use voice commands to determine their ETA or distance to the next turn while navigating using Google Maps. You can simply use the “Okay Google!” or “Hey Google!” wake words to activate Assistant. Then, follow with a query like “What’s my ETA?” You can also issue commands such as “Cancel my navigation” to stop your existing trip.

The feature is a blessing for regular travelers and explorers who use the navigation app while making their way through unfamiliar regions. It allows you to keep your eyes on the road and your hands on the controls so you aren’t distracted or unprepared for anything that might happen on the road.

Another small change in this version of the Google apps is Privacy controls have been made easier to access. You can now find them right on the app’s home screen if you tap your Google account/profile icon.

Additionally, the search giant has updated the Google Authenticator app for Android. First spotted by 9to5Google, this is the first update the app has received in a span of two years. The update allows you to hide your two-factor authentication (2FA) codes until you tap them. The updated app bearing version number 5.20 obscures your six-digit 2FA codes under a “click to reveal PIN” label.

Note that Google Authenticator users will still be able to copy the 2FA code when they tap on it. The updated version of the app is available to select users through the Google Play Store. A wider rollout of this handy app is awaited through official channels. However, you can go ahead and sideload the APK file from a trusted third-party App Store if you want to get started using it right away. 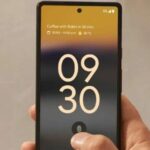 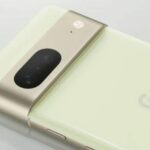