This week, Google released the latest beta update for Android 12L with several UI improvements and a tip related to Google’s rumored Pixel Fold. The tip suggests the design could resemble the Oppo Find N more than the Samsung Galaxy Z Fold3.

First spotted by 9to5Google, the latest beta includes animations depicting network setup and how one could insert a SIM into the Pixel Fold. The animations have also revealed the design and could reportedly confirm that the foldable smartphone would be powered by the GS101 Tensor chip found in the current-generation Pixel 6 models. This squarish form factor of the Pixel Fold would also help avoid software issues like apps breaking when switching from the cover display to the foldable display.

That said, the Android 12L beta is still in development and a lot could change. However, the animations leaked with this beta build add credibility to the rumors that Google is working on a Pixel Fold likely to debut later this year. 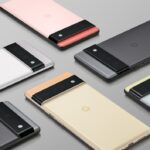 Pixel 6 Pro on Android 13 Can Run at 1080p, Could Improve Battery Life