Despite their flagship status, the Huawei P30 and P30 Pro come with an FHD+ resolution display. While the panels are good, they are nowhere near as good as the OLED panels used by Samsung on its Galaxy S10 series. While there’s not much one can do about this, as a Huawei P30/Pro owner, you can at least increase/decrease the display density to display more (or less) content.

The problem is that while Huawei offers an option to change the display density/DPI in EMUI 9.1, the smallest DPI option might not be enough for many. Thankfully, like with everything else in EMUI, there’s a way to work around this problem.

How to Change Display Density in Huawei P30/Pro

First, go ahead and change the display density the regular way by following the steps below.

Step 2: Drag the display size slider to the very left to increase the content density on the display. If you are fine with the new DPI, all’s well. However, if you want to increase the information density even further on the display, do the following.

Step 5: Scroll down to the Smallest width option under Drawing. Enter a value from anywhere between 400-440. A higher value will increase the display density while a lower density will make the UI elements bigger and show less information on the screen.

My recommendation is to use a display density of anywhere between 420-430. As soon as you press Ok, the whole UI will be updated.

Now, as with everything with EMUI on the Huawei P30/Pro, there’s a catch here as well. Changing the display density will lead to some UI glitches which you will not encounter on other devices. What’s worse is that despite the change in display density, the notification shade and the Recent Apps view will retain the default display density. This means they will look a bit out of place and comically large when compared to other UI elements.

Despite these drawbacks though, changing the display density on the Huawei P30/Pro makes a lot of sense especially if you are a power user. 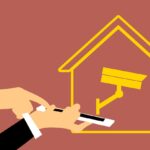