10 Awesome Android Games You Can Play With A Single Tap 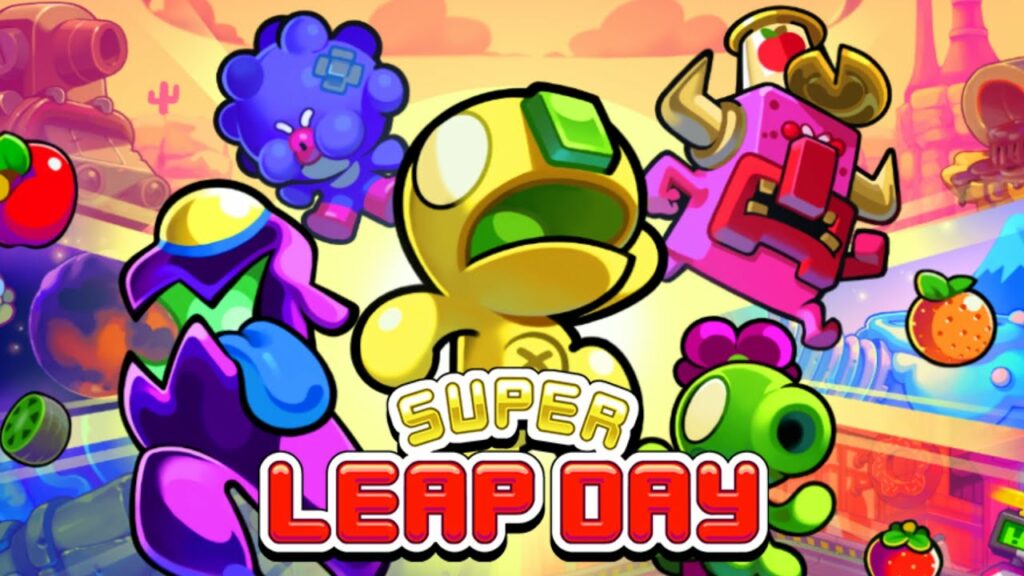 There’s a new level each every day in Leap Day, you can conquer it by tapping. Your character runs back and forth across the screen, turning around each time, he runs into something (like a Roomba). Simply tap to jump in order to climb higher higher. You can also jump off walls double jump by tapping again while you’re in the air. Dangers abound as you climb higher including enemy creatures, pointy spikes, lasers. There are checkpoints that can be unlocked with fruit you pick up as you make your way through the level, but you can also watch video ads to unlock checkpoints. You can get rid of the ads unlock all the checkpoints with a $4.37 in-app purchase. 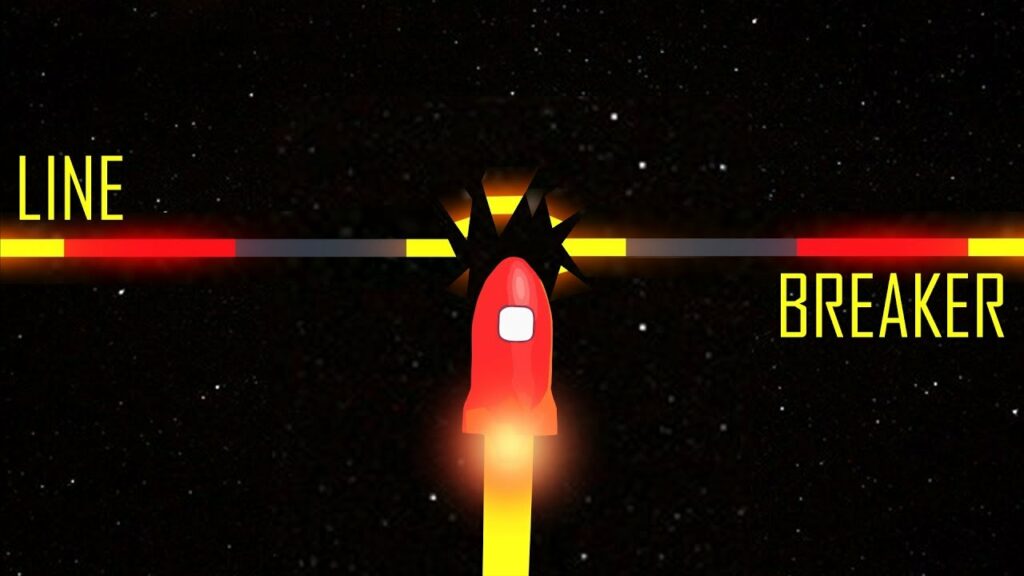 Each tap in Break ner sends your spaceship careening toward a collision with the line running down the center of your screen. It’s okay, though. This is a good thing… sometimes. You score points by breaking through this line, but not all parts of the line can be smashed by your craft. You need exact timing to break through the line without bouncing off or falling too far behind. Some segments of the line also imbue you with temporary power-ups while others simply blow you up. It’s all about when you tap. Break ner is free with a $1.99 in-app purchase to remove the occasional pop-up ads. 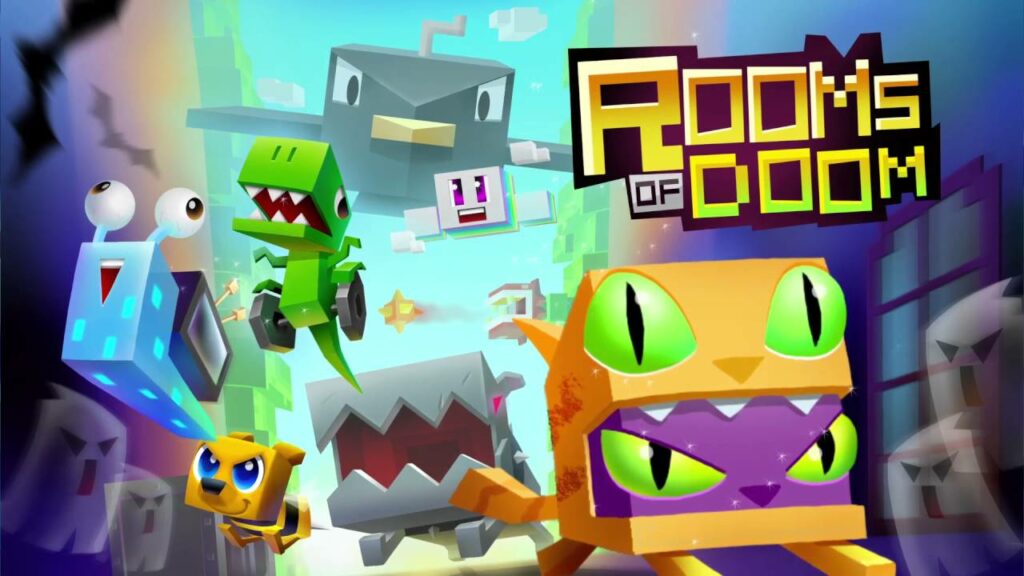 Every mad scientist needs minions, Rooms of Doom lets you put those minions to the test with its simple one-tap gameplay. It’s an endless runner of sorts, but with a lot more variety than other games in the genre. The assortment of test chambers changes each time, tapping does different things in them.

For example, a tap in the Barrel Blast room tapping launches your minion from one barrel to the next. In the Boxing Brim, a tap reverses the direction of a treadmill so you can avoid being squished. The longer  minion survives, the more minion rooms will be unlocked. It’s a free-to-play game with things to buy, but you get lots of free stuff, too. 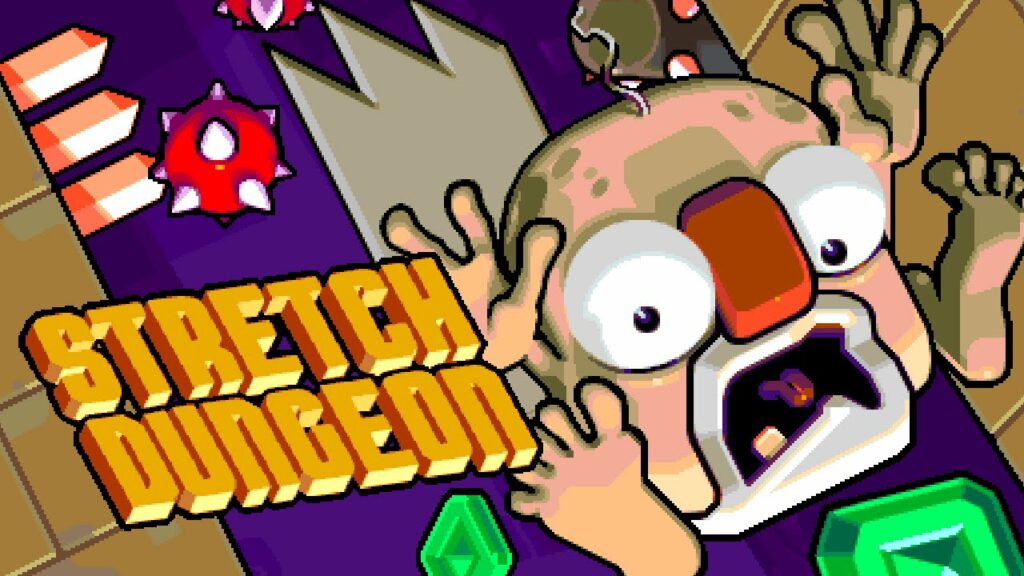 The protagonist in Stretch Dungeon is falling through a seemingly endless dungeon, there are a lot of nasty things in there that could cause damage. As if falling through an endless dungeon wasn’t bad enough, right? Luckily, you can stretch the walls (actually flex them inward) by tapping the screen. Use this to bounce off the walls, vault over dangerous obstacles like spikes and spinning blades. The layout of the dungeon is different every time you play, there are four differently themed zones. Stretch Dungeon is free with some ads, but you can get rid of them for $3.49.
Stretch Dungeon: Free ($3.49 in-app upgrade) 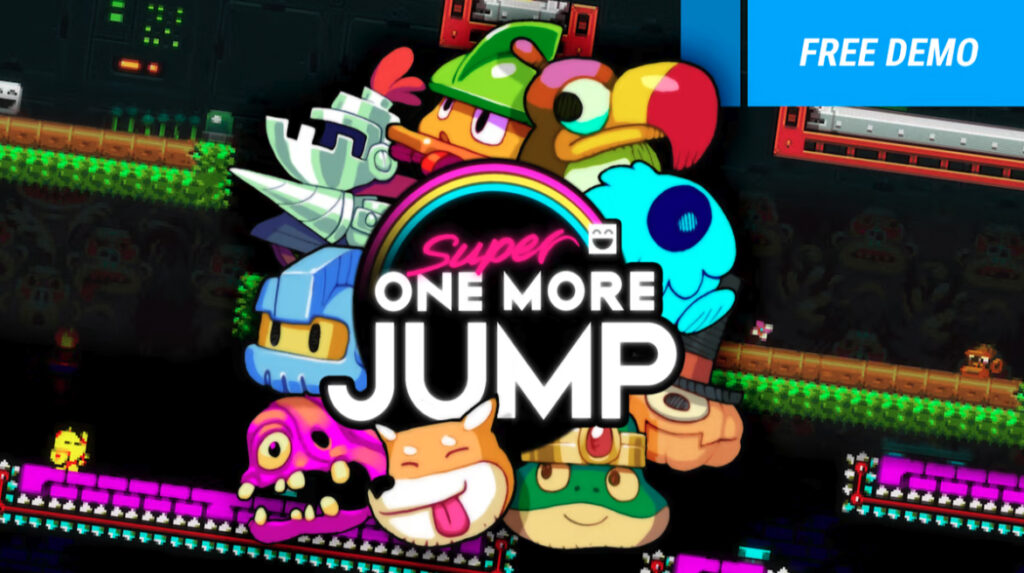 All you do in One More mp is, well, jump by tapping the screen. It’s not just another endless runner, though. A happy little square avatar slides along the line in each level, you have to jump in order to collect pips avoid the highlighted line segments, which cause instant death. Your character is gravitationally attracted to whatever line is closest, so you can leap from one to the other, even launch yourself on big, swooping paths around the end of a line to l on the reverse side. This game is free with ads, but a $2.49 in-app purchase gets rid of them. 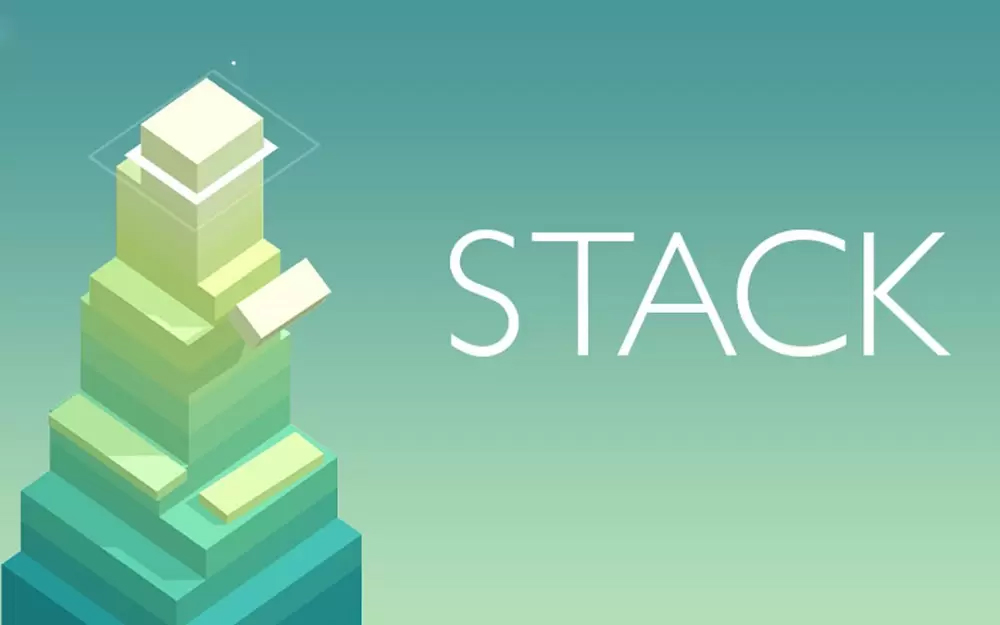 You can build a massive tower in Stack, a super-simple game that requires just a tap to play. Your tower starts with a single layer, but new pieces will fly in from the sides of the screen one at a time. Simply tap to stop the piece when it’s over the base to stop. If it’s not lined up perfectly, you lose a whatever surface area is hanging over the edge. Get eight perfect ones in a row, you’ll gain a little surface area.Little by little, your tower gets narrower until you can’t time the movement well enough, and whole block falls off. Game over. Each round only takes a few minutes to play ( that’s if you’re good). Stack is free with ads, but a $1.86 in-app purchase removes them. 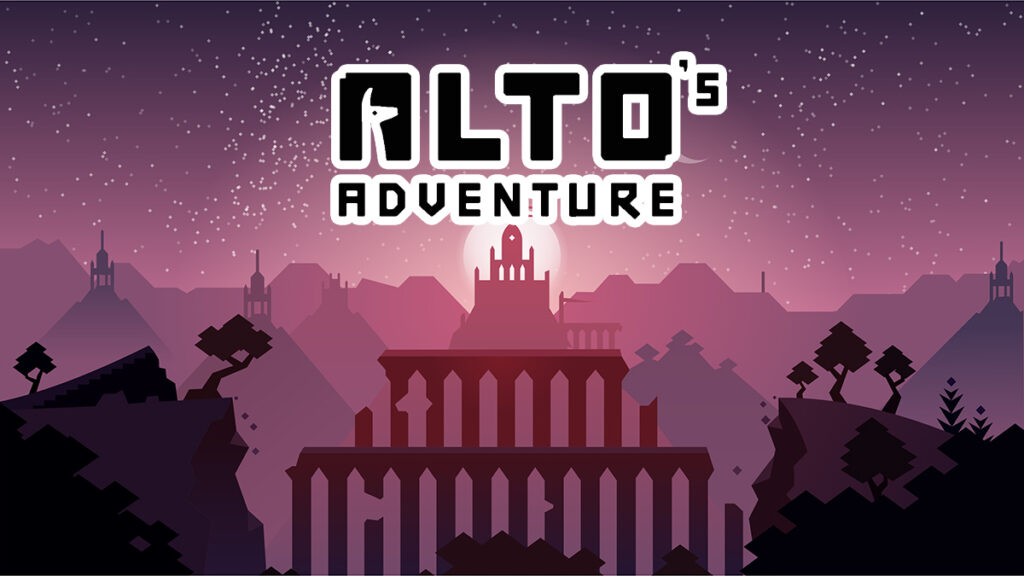 There’s nothing like a nice, relaxing trip down the slopes as you leap over giant canyons to catch escaped llamas. Trust me, Alto’s Adventure is much more relaxing than the premise makes it sound. As you head down the mountain, tap to jump, a long-press to do a backflip in the air. There are lots of obstacles to avoid as you earn points by catching llamas collecting coins. You’ll also happen along various power-ups, characters, some of which end up being quite hostile. Alto’s Adventure is free to try with ads, but they can be removed with a single $3.99 in-app purchase. 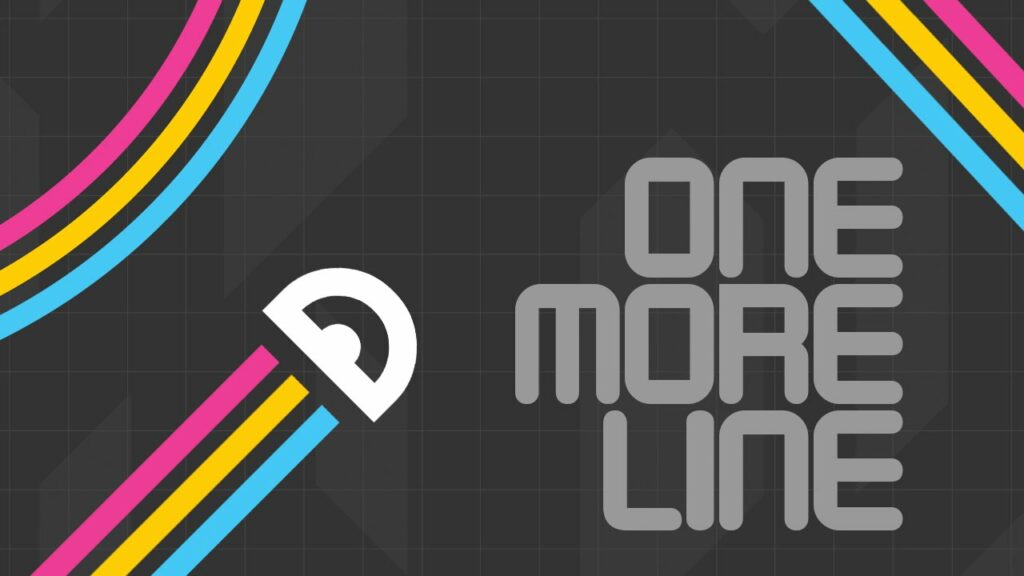 One More Line is a fast-paced arcade game that sends you spinning around with a grappling hook. Tap and hold the screen to latch onto the nearest grapple point as you streak down an endless corridor. Make your release well, because running into a wall or another grapple point is an immediate game over. How far can you make it? That’s all there is to the game, but it’s weirdly addictive and the colors are fun. It’s free with ads, or you can pay $1.45 to remove them forever. 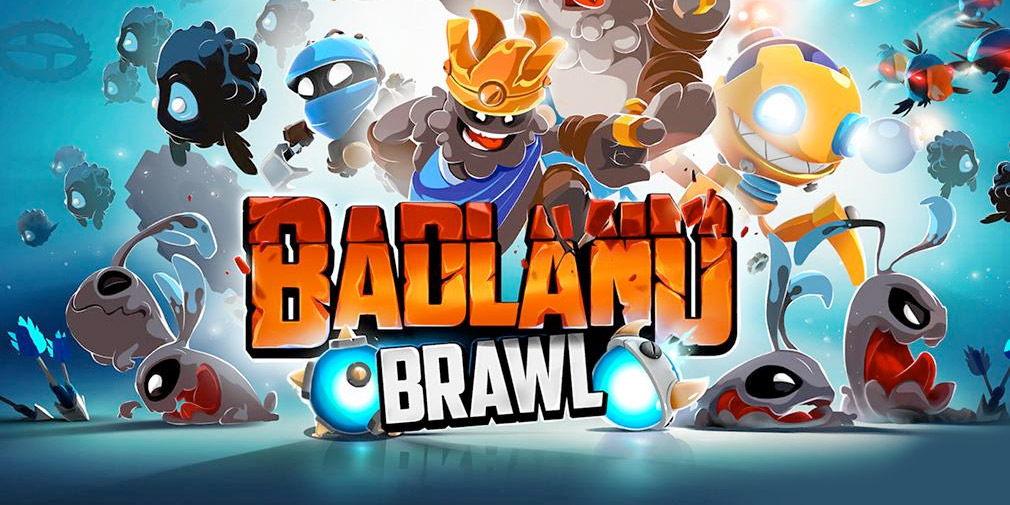 The second Badland game is a bit of a disappointment—it’s published by HypeHype Inc. and is crawling with in-app purchases. The original game is still a great single-button experience, though. Your goal in Badland is to guide a swarm of fluffy bird things through a level filled with lasers, spinning saw blades, and other perils. You do this by tapping anywhere on the screen. Each tap makes the bird-things flap their wings. Maneuvering them through the levels becomes surprisingly difficult, but the controls are dead-simple. The first few levels are free; it’s $3.99 to unlock the rest. 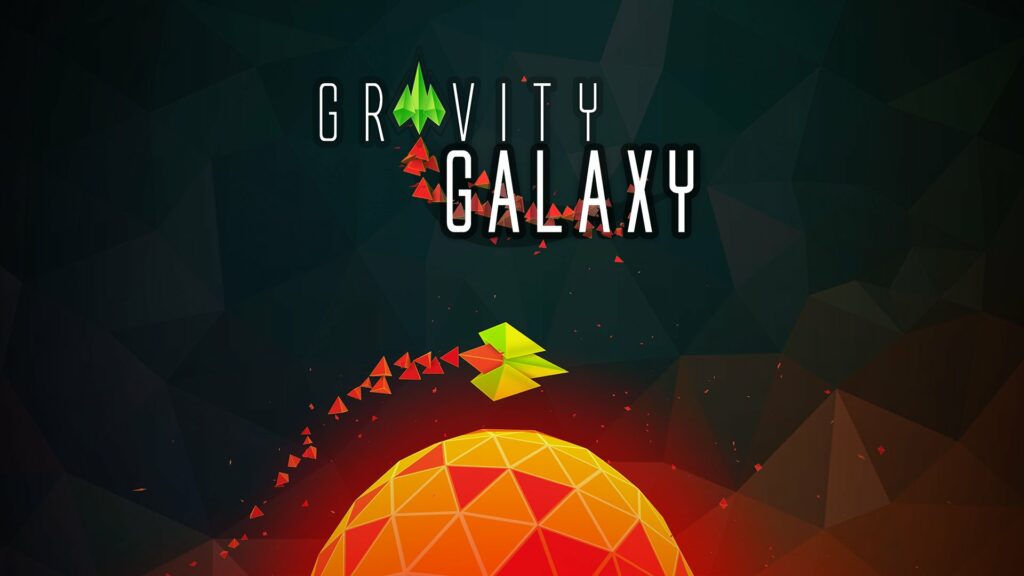 Gravity can be your best friend in Gravity Galaxy, or it can be your worst nightmare. It all depends on when you tap the screen to launch your ship. Your craft begins on a rotating planetoid, you have to make to to the blue-green planet to pass each level. You can’t get there in a straight shot, so you’ll have to use the gravity rotation of nearby planets to get you there. It has a cool low-poly look you can play it free, but there are lives that make you wait for a recharge. A $0.99 in-app purchase does away with those. Another $0.99 removes all the ads.