Everything You Need to Know About Rich Communication Services (RCS)

I’m one of those rare unicorns that still use the phone to talk with people. But only some people use their phones like me. These days, most people communicate primarily through text messaging applications like WhatsApp, Viber, Chat, or Facebook Messenger. Some years ago, Forrester Research found that about six billion text messages were sent daily in the U.S. alone. Resulting in approximately 8.6 trillion text messages sent yearly; that number has almost certainly gone up since then. But texting is built on an SMS protocol that dates back to before cellular networks could carry Internet data. It needs to be updated; the top (OTT) messaging apps have surpassed its functionality, if not in raw numbers. The carriers have realized that if they keep texting alive, it has to evolve. They’ve started adopting Rich Communication Services (RCS) technology, which leverages data connectivity to deliver next-generation messaging features.

So What is RCS? 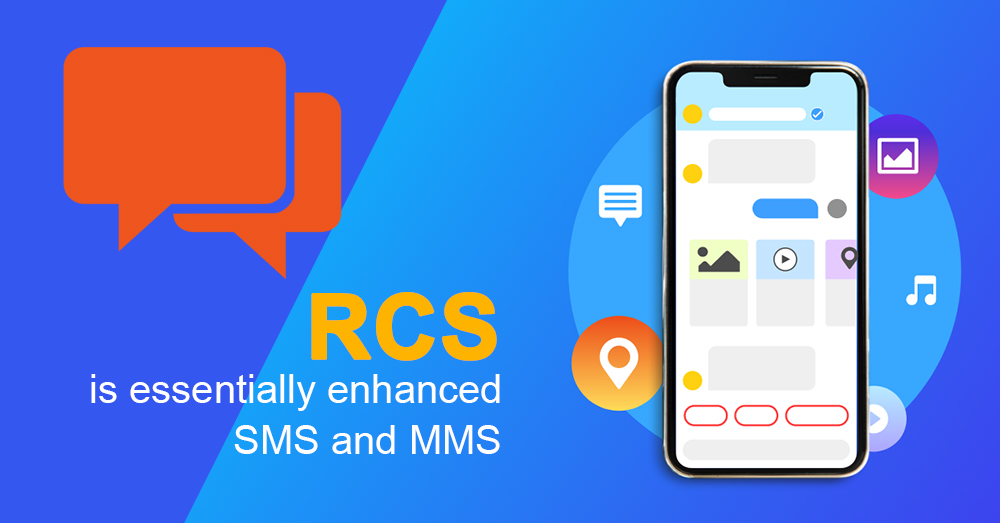 RCS, or Rich Communications Services, is essentially enhanced SMS and MMS. To get it, you need your carrier to support it, your device to support it, and a compatible app. It works with text, images, and video; you can send individual or group text messages. You can also use it to share your location. T-Mobile was the first carrier in the U.S. to fully deploy this technology, which brought it Advanced Messaging.

In some cases, RCS’s capabilities expand beyond messaging. The standard could work with your contacts app, for instance. So you can see who else in your phonebook supports the technology. It also enables you to share media and your location during a telephone conversation.

How Does It Differ from Regular Old SMS? 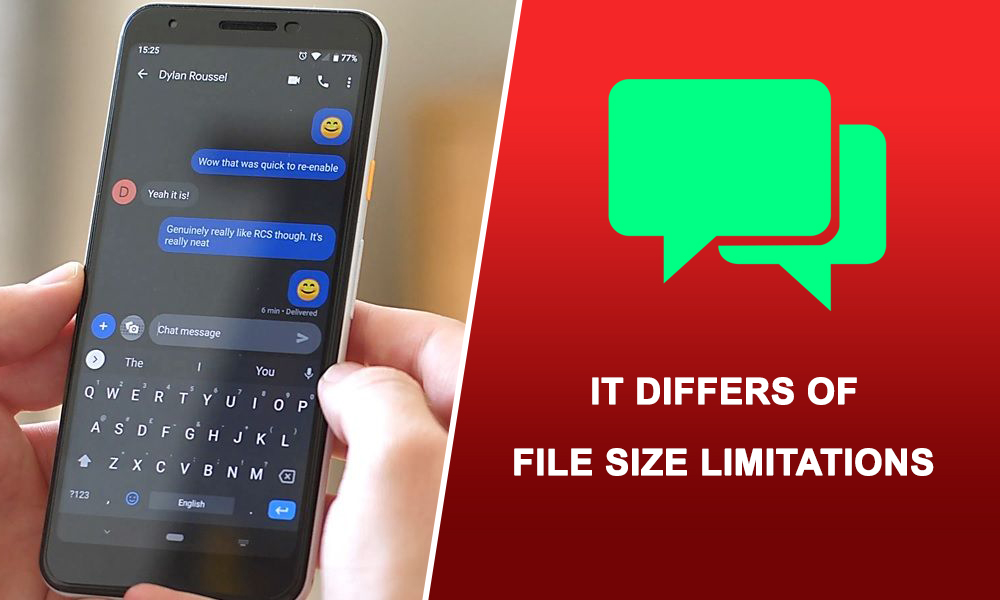 With RCS, you can see when others are typing, a message gets delivered. When the person on the other end is replying. It also ups the ante on traditional MMS messaging by enabling you to send videos and photos up to 10MB. Standard SMS doesn’t allow you to do any of that. It’s slower; there are file size limitations on attachments. MMS Messaging caps are currently set below 2MB. Depending on your carrier. There’s no way to tell if the person on the other end has seen your message.

How is it Related to T-Mobile’s Advanced Messaging?

The GSM Association, an association of mobile operators, the group behind significant trade shows like Mobile World Congress, set the standard back in 2007. It’s since been re-branded as Joyn.

T-Mobile’s chosen to call it Advanced Messaging, however. Only, that’s better bring for the technology. It sounds more capable, most consumers probably won’t know what Joyn is, but they know what messaging is.

Do I Need an App to Use It?

Even if RCS is supported by your carrier. You need a compatible messaging app. The software update that T-Mobile will push to its users to enable Advanced Messaging. Include a messaging app that supports it. Your favorite text messaging application might still need to support it. But that will likely change once more carriers get on board. C’mon Verizon!

Which Phones are Compatible with T-Mobile’s Advanced Messaging? 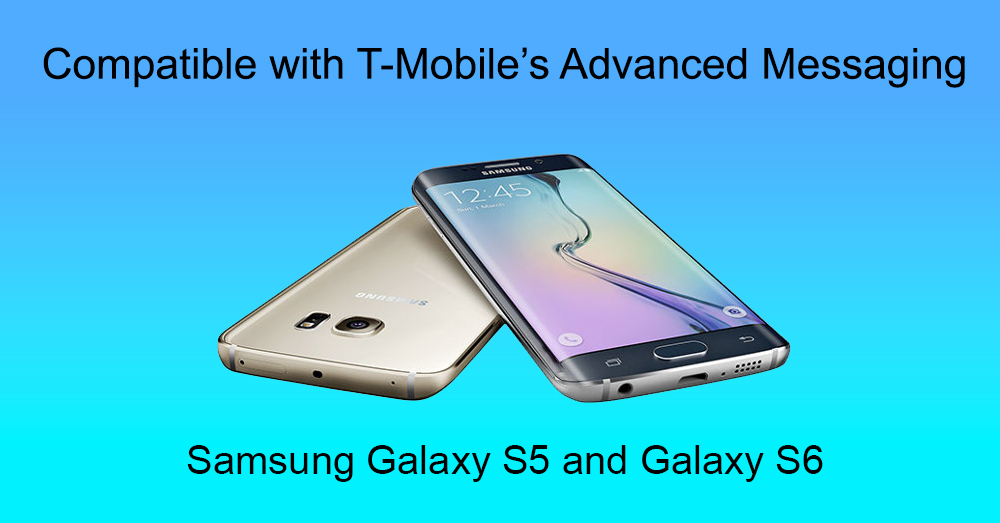 Thus far, only the Samsung Galaxy Prime offers Advanced Messaging right out of the box. T-Mobile promised the Galaxy S5 and Galaxy S6 would be the first to get the compatible software update. Followed by nearly a dozen more devices later. I expect it will be a standard feature on new smartphones sold, wrote T-Mobile’s Technology Neville Ray.

Why Do I want RCS over What I’ve Already Got?

When RCS was first announced, there was some debate about whether this technology was necessary. Given the proliferation of over-the-top (OTT) messaging apps like Facebook Messenger, Skype, or Viber. The argument was that RCS was unnecessary because those OTT apps already did everything they would. They’ve launched services no better than those of OTT players, OpenCloud’s Windle told The Register in 2013. RCS is bringing virtually nothing.

Windle argued in favor of OTT apps, citing that the companies behind the apps could innovate faster than the carriers. He had a point, but for the user. RCS is better than OTT apps specifically because it’s tied to your phone number. You won’t need to download a specific app or create a new account somewhere else to use it. Like you would with Facebook Messenger. It’s a boon for the carriers, too, who make money off of selling you unlimited text messaging plans. Those other apps merely use up your data offer, with no revenue avenue for the carrier.

Which Carriers Support It?

MetroS were the first U.S. carrier to support RCS under the brand Joyn. Although it required a specific app to utilize, that might change now that T-Mobile. Which has since purchased MetroS, has launched Advanced Messaging. Sprint has supported RCS since 2013, but the capability is only available through the Messaging app. Verizon and AT&T have signed on for RCS but haven’t yet implemented it. However, Verizon noted that its Messages app offers similar functionality.

Will those Other Carriers Support RCS in the Future?

Let’s certainly hope so. It’d offer more options for sending MMS to friends. You won’t be tied down by size restrictions. It’d also be helpful for file sharing. So you won’t have to upload a photo or file to a service. Like Dropbox to share it with someone else. You can send RCS as an attachment in a text message.

Is It Compatible with Apple’s iMessages? 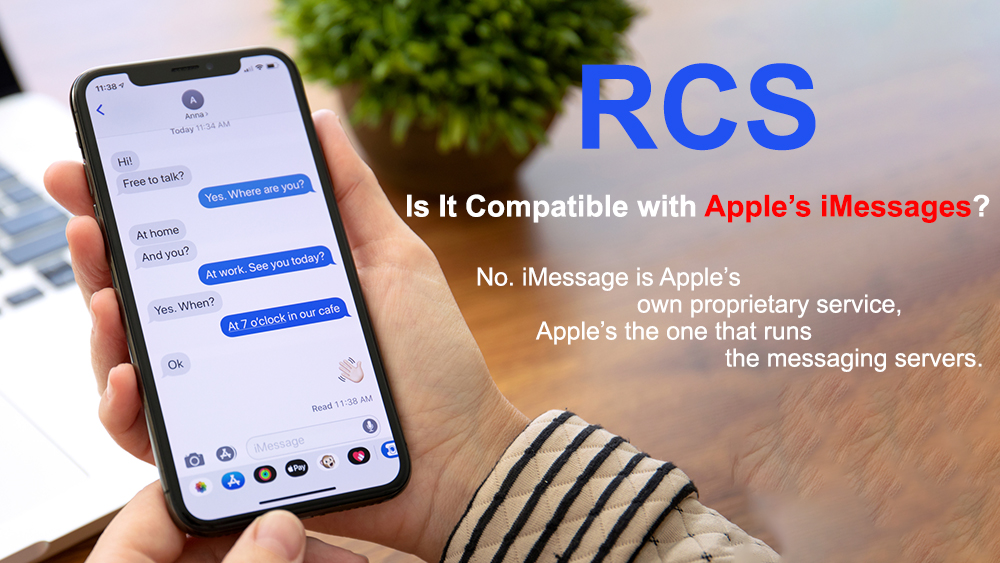 Unfortunately, no. iMessage is Apple’s own proprietary service; Apple’s the one that runs the messaging servers. Nothing is stopping Apple from making its Messages app compatible with RCS, though it has little incentive to do so. If it did, and your carrier supported RCS. Then your iPhone-toting friends could finally be able to see when you’re typing. But that’s probably not going to happen any time soon.