They say good things come in small packages. In the case of the second-generation Moto E, and that’s mostly true. At $150, Motorola’s cute-as-a-button, low-end device packs all the essentials you need from a smartphone. With a quad-core processor, a bright display, 4G LTE data speed, and a MicroSD expansion slot. To tack on as much storage space as you damn well, please. That cheapness comes at a cost, however. While this year’s Moto E will make a great first smartphone or backup device. Its camera performance is so abysmal that Motorola might have left it off.

The Most Adorable Little Smartphone

Look at the Moto E; look at it. It’s simply adorable. It’s not as customizable as its flagship counterpart, the Moto X. Still, you can easily swap out the bumpers to add flair. And if you get really desperate for customization, there’s always Washi Tape. 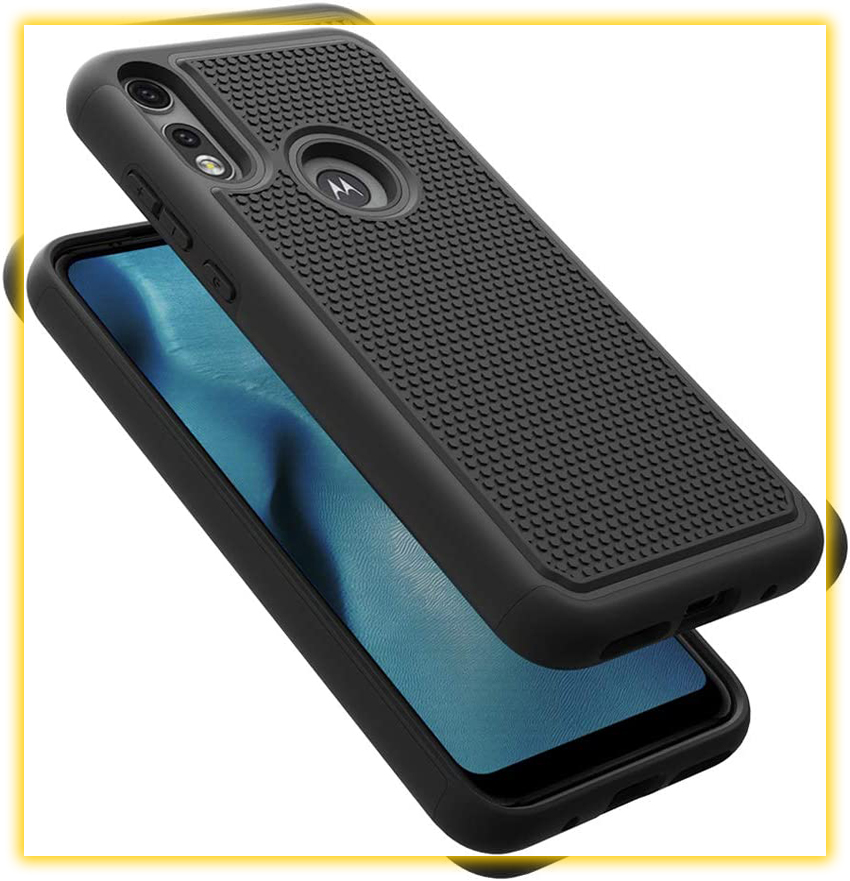 Its rubbery backside will keep it from sliding out of your hand. And it fits into almost any pocket or purse. The phone is otherwise very bare-bones.
That’s the point of the Moto E; keep it simple. This is most certainly it if you’re looking for a decidedly plain-looking, cyber-style smartphone.

As displays go, the Moto E’s could be worse. Its 4.5-inch screen is small; in fact, it’s tiny. Although it is easy to see in the dark, it’s hard to see in the sunlight. You’ll also need to enlarge the text in Chrome and other applications to read anything. I’m so used to more giant screens these days that the small 900 x 540 resolution made me squint. Typing on it is a chore, too. I often had to rely solely on auto-correct to properly track my taps.

The Moto E is powered by a 1.2GHz quad-core Snapdragon 410 processor and 1GB of RAM. It can check email, use Maps to navigate a foreign city, or play through several rounds of My Vegas Slots. The hardware supports 64-bit instructions the Moto E ships with Android lollipop right out of the box, which Motorola promises to update on time.

The performance was smooth overall. Although there were some instances where the phone would take a few seconds to reload. Like after unlocking the phone or exiting a memory-intensive app—there was never a considerable wait time. Overall, the Moto E didn’t feel as low-end as its low price suggests.

As a phone—an actual phone to have conversations with—the Moto E is solid. I used it to make phone calls on the Orange network while I was overseas for Mobile World Congress very clearly heard the person on the other line. It was the same on the AT&T network, too.

However, the most impressive feature of the Moto E is its battery life. Although that’s expected considering how low-powered the hardware is. The Moto E’s 2,390 mAh battery lasted five days on standby, with still enough juice to call or text. A Geek bench battery rundown test lasted a total of six hours 22 minutes. Which far exceeds the capabilities of devices like the Samsung Galaxy S5. The Moto E is reliable for an entire day out on the town.

Why Skimp on the Camera?

It makes sense that manufacturers will skimp on something like stereo sound, heavy-duty processors, or all-metal construction. When they’re piecing an inexpensive phone, but to completely skimp on the camera seems like a crime against humanity. Think about it; most consumers purchasing the Moto E are first-time smartphone buyers. Or those who can’t afford the whole kit and caboodle. They will also likely not be buying a cheap point-and-shoot either. Their camera phone is how they plan to capture memories.

The Moto E’s 5-megapixel rear-facing camera is better than its predecessor, but it still needs improvement. This isn’t surprising considering the camera performance of either generation of the Moto X and Moto G. Motorola could have a better track record with cameras. Outside under the blazing sun, the Moto E takes acceptable photos for sharing on social media. This is the Moto E’s low-light performance; it is awful. Even with ambient lighting, you can barely see what’s happening at night in real-life test cases.

Its low-light performance is abysmal, however. The Moto E doesn’t have a rear-facing flash, either. Also, you won’t be able to shoot photos in the bar or a dimly lit room. I tried to take a picture of my cat. But I had to turn up the brightness on my monitor to see what was going on. And it did just as poorly at an outside beer garden surrounded by patio lighting. Not an acceptable selfie for several reasons, one being the resolution of the Moto E’s front-facing camera. The VGA front-facing camera isn’t much to write home about, either. Even if you spend $120 on the phone. The least you’ll want to do is post an outfit photo once in a while. You won’t want to with the Moto E.

One of Motorola’s most significant selling points is that its phone software is consistently updated with every new version of Android. That’s because it runs what I’ve dubbed almost-stock Android. The interface looks and feels precisely like Lollipop because it is. The differences are primarily visible in the Settings menu, where Motorola bundled in features like Actions Glance Display. They’re helpful additions to Android and easy to set up.

A cute lil’ Phone for a Low Price

The Moto E is as essential as smartphones get. If you’re not into all the fanfare and hoopla that typically trails flagship devices, going for something more humble. Like the Moto E, might be worth the switch. There is really no other low-end phone out there that rivals this one. For $150. You get nearly stock Android, excellent battery life, LTE data, and a quad-core processor in an adorable little package. I’d use this phone as my day-to-day if my 64-bit flagship powerhouse died disastrously. Although I’ll carry something like the HTC Re camera to take pictures with. The Moto E is really not a camera phone.