Every once in a while, a smartphone comes that completely changes the game in terms of value for money. Motorola started this trend with the original Moto G handset and then it was OnePlus with the OnePlus One and its following handsets since then.

Xiaomi is also in the same league, with its Redmi series setting a benchmark for other budget smartphones to follow. In fact, the company has managed to carve a name for itself and become one of the biggest smartphone players in the world solely on the strength of its Redmi series which is only available in China, India, and certain other Asian markets.

While Xiaomi has tried numerous times to break free from its budget image with its flagship Mi handset or Mix series of devices, it simply has not met with the desired success with them. The company is now taking a different approach to this problem, a ‘Poco’ way.

Similar to Huawei, Xiaomi has created a new sub-brand called Poco — which means little in China — and the first handset from it is the Poco F1. And unlike other handsets from Xiaomi, the Poco F1 is also making its way to most of the international markets of the world as the Pocophone F1. On paper, the Poco F1 seems like an impressive handset which offers an insane value for money. After all, it was almost unheard off from a company to offer a smartphone with a Snapdragon 845 chipset and 6GB RAM for just Rs 20,000 (or under $300). So, is the Poco F1 all about its specs? Or is there substance to it as well? Find out in our review.

The Poco F1’s design is utilitarian at best. While it features a unibody design, its made from polycarbonate plastic. At the front, the Poco F1 features a 6.18-inch 18.7:9 aspect ratio display which is protected by Gorilla Glass 3.

The use of polycarbonate plastic means the Poco F1 does not feel as premium as other aluminum phones in the market. However, the plastic body also means the handset will be better able to withstand dings and drops unlike other phones featuring a glass body. There’s a compromise here, one of a premium in-hand feeling vs a utilitarian and more durable design. 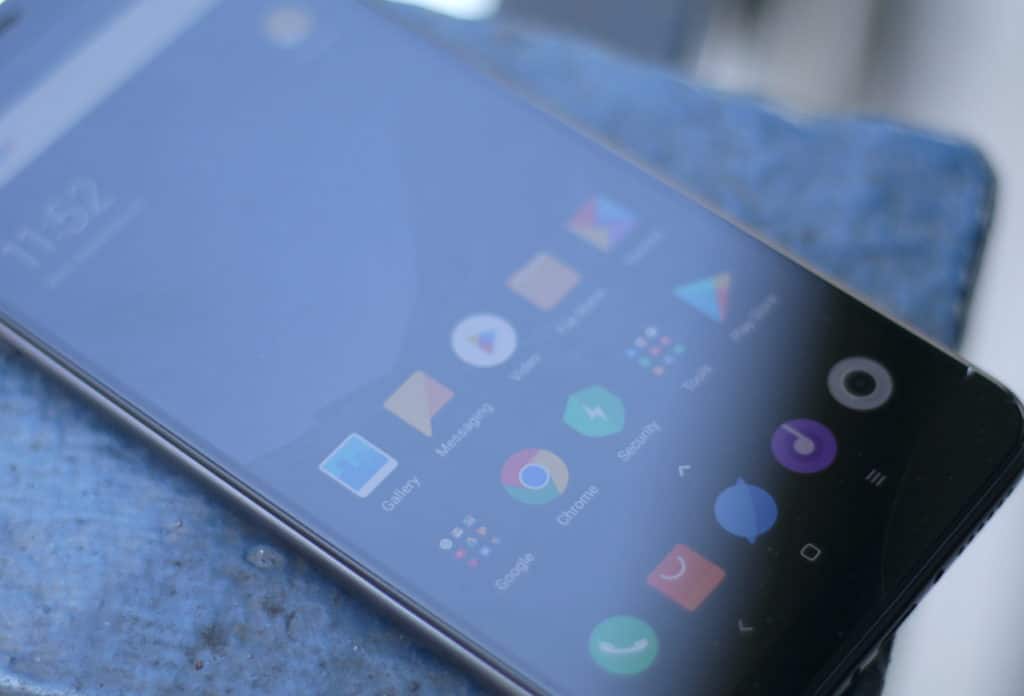 While the rear design of the phone is something that most people could live with, it is the front which disappoints a bit. Despite coming with an 18.7:9 aspect ratio display, the bezels on the Poco F1 are simply too big especially the bottom chin. The rounded edges of the bezel and the display are also not properly aligned which acts as an indicator of how much this phone’s costs.

The display on the Poco F1 is another area where the company seems to have cut cost. It is not a bad display by any means but there are phones in the same price range with better displays. The display has good viewing angles and contrast, and while it is sufficiently bright indoors, it can get a bit difficult to read outdoors in direct sunlight. The color accuracy is also not that great and it tends to get a bit reflective as well but that’s to be expected from a phone at this price point. The Poco F1 runs on a special build of MIUI especially tailored for performance, speed, and quick software updated. Dubbed Poco for MIUI, it offers all the goodies of MIUI but comes with a new system theme and launcher that greatly improve the overall experience. If you did not like MIUI before, do not dismiss the Poco F1 based on that. The underlying skin might be the same but Poco for MIUI has plenty of little improvements.

The Poco system theme is also refreshing to use especially since the stock MIUI theme now looks very dated.

Since ultimately Poco for MIUI is based on MIUI though, you get plenty of other features like App Lock, the ability to customize almost any aspect of the system, plenty of gestures, and more. This also means that almost every OS interaction has Xiaomi’s own touch to it. If you love stock Android’s UI/UX, Poco for MIUI is not going to be your cup of tea. But don’t dismiss the skin before giving it a try. After using plenty of Redmi devices running MIUI, I was fairly surprised and pleased with Poco for MIUI.

Xiaomi has optimized its MIUI skin to ensure that it runs without any performance issues on its budget devices. Poco for MIUI takes things up a notch. Xiaomi’s customizations and the beefy hardware means the Poco F1 is blazing fast at any task you throw at it. The Poco F1 is the Bugatti Chiron of the smartphone world. Its sole job is to finish any task you throw at it in the fastest time possible and it excels in that regard.

The phone’s liquid cooling technology also works well and ensures it does not get overly warm or hot while doing some relatively moderate tasks. Yes, it does get warm while playing heavy games for an extended period of time but that’s nothing to worry about. The Poco F1 comes with a dual-camera setup at the rear. This consists of a primary 12MP f/1.9 shooter with 1.4um large pixels accompanied by a 5MP depth sensor.

On paper, the camera setup of the Poco F1 sounds impressive and in reality, it is able to capture some impressive photos as well. With plenty of light around, the Poco F1 can capture photos with plenty of details, colors, and dynamic range. The camera app has an AI mode as well which boosts color and saturation to make the overall photo look more pleasing to the eye. 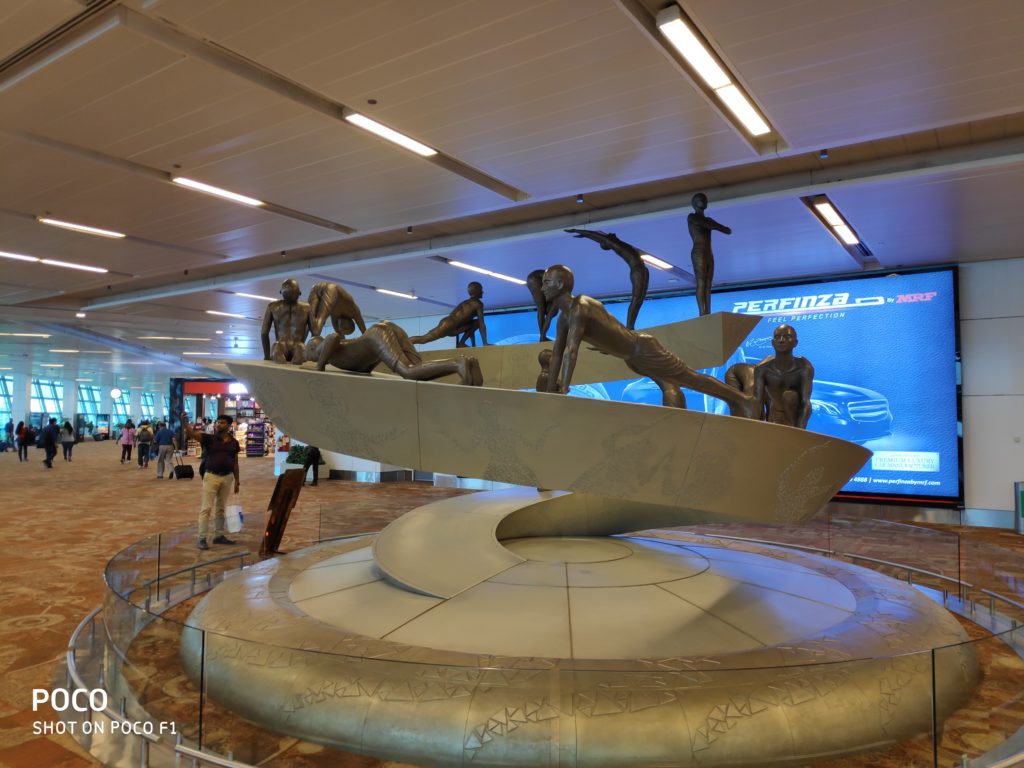 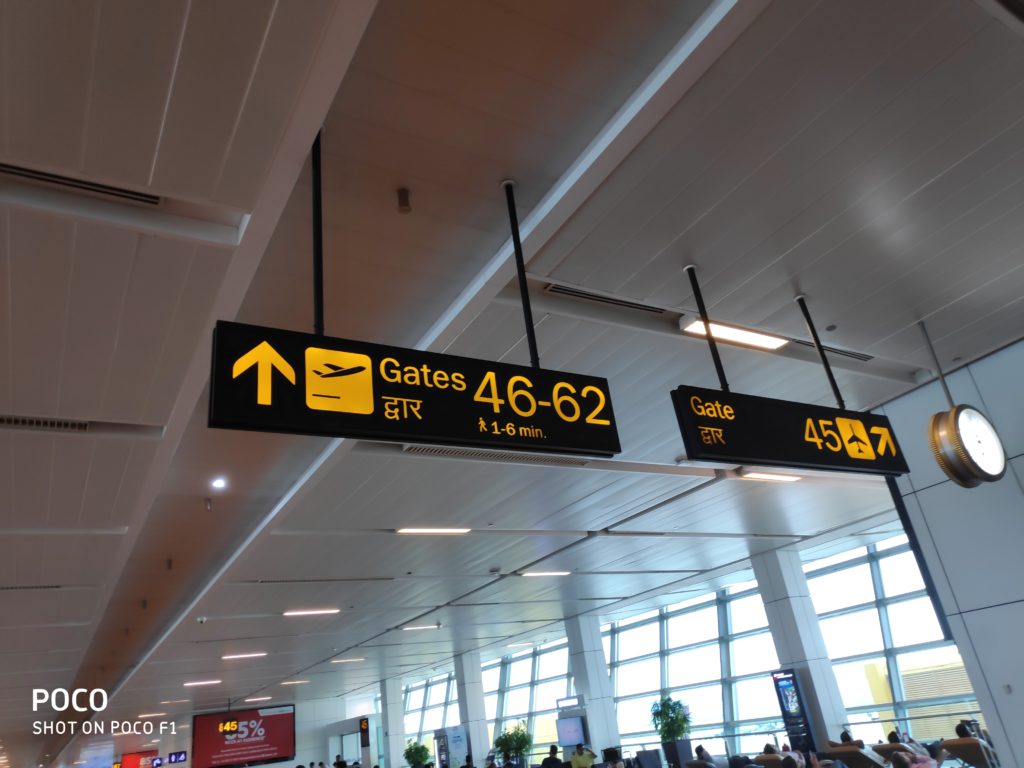 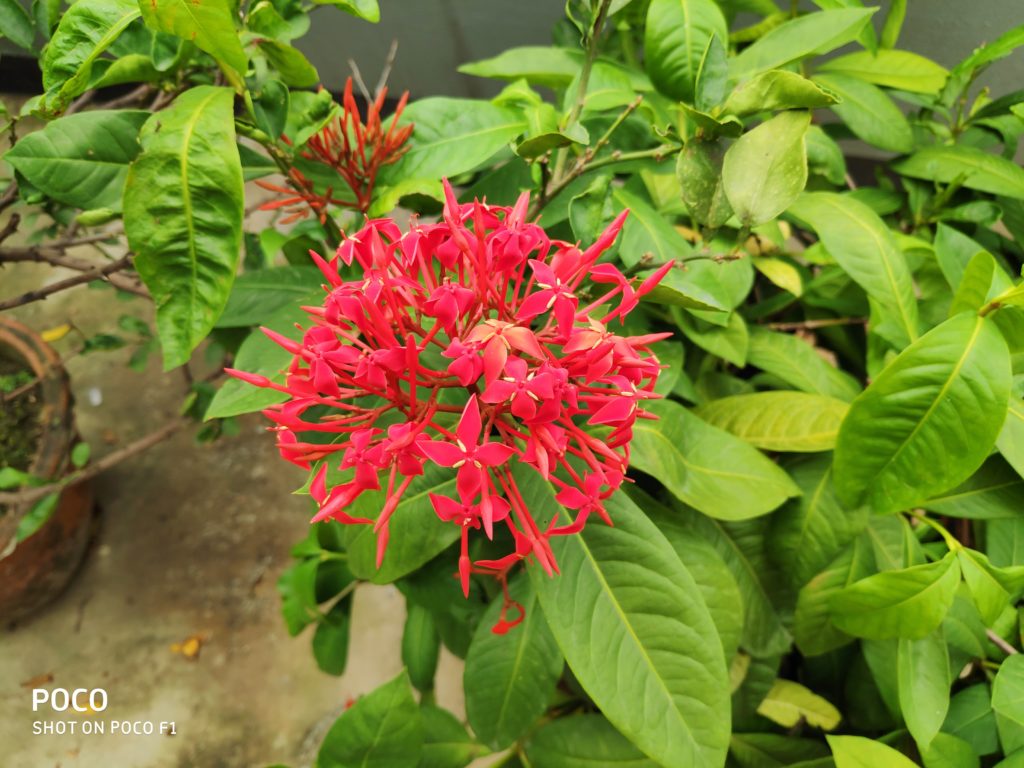 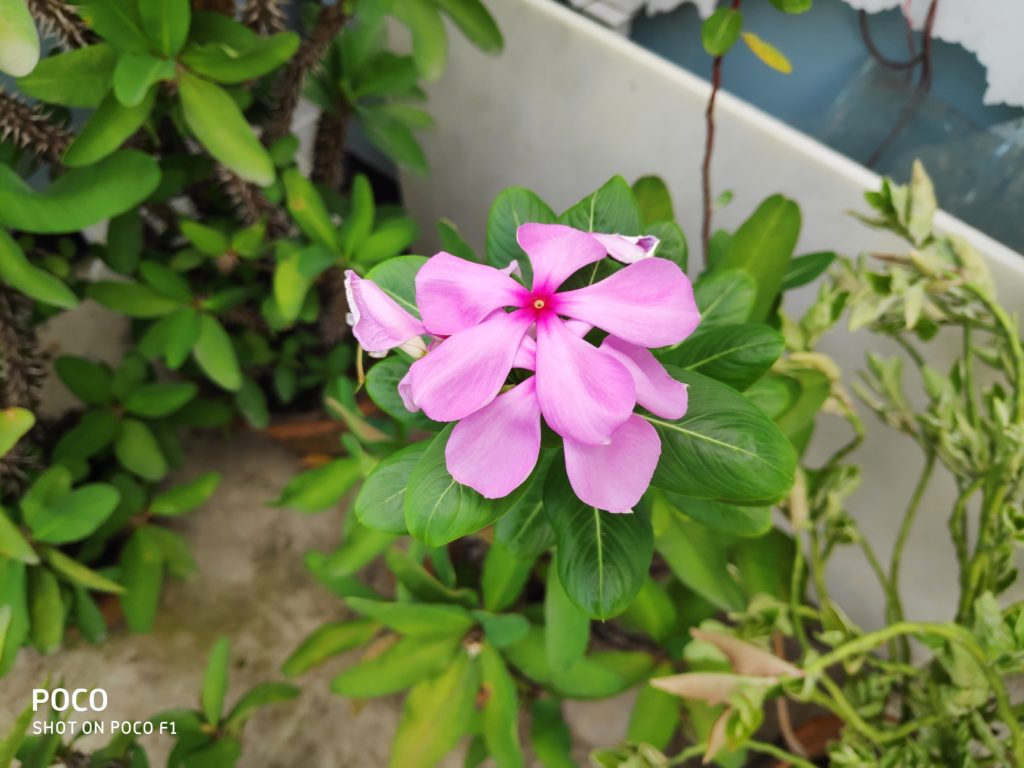 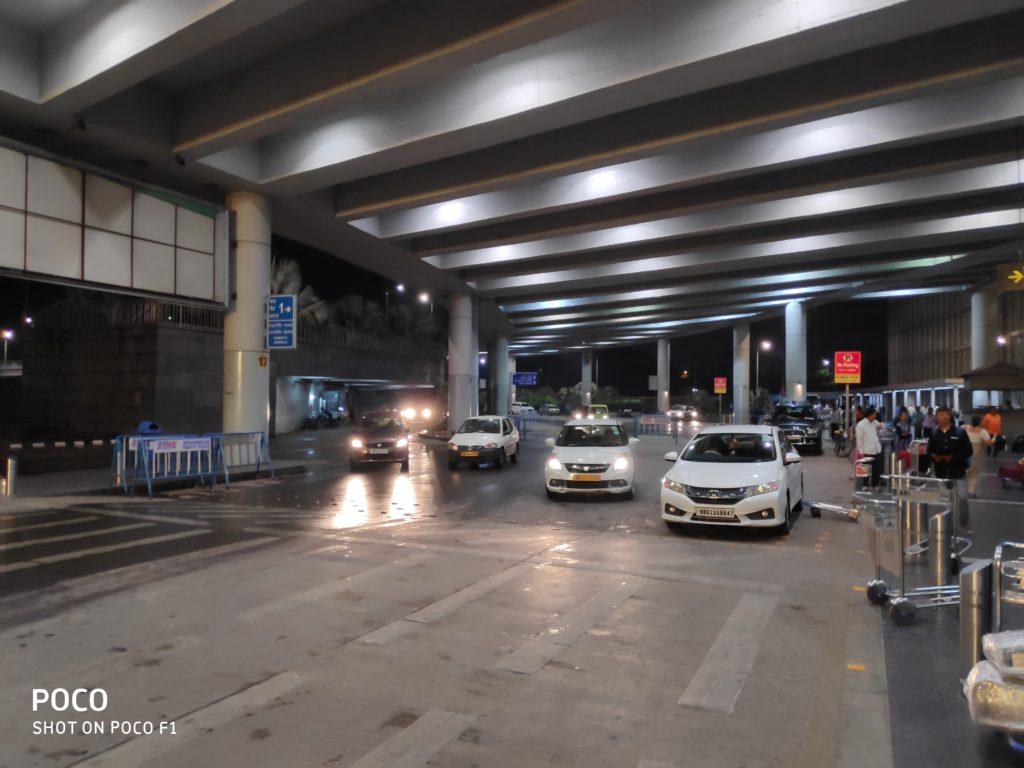 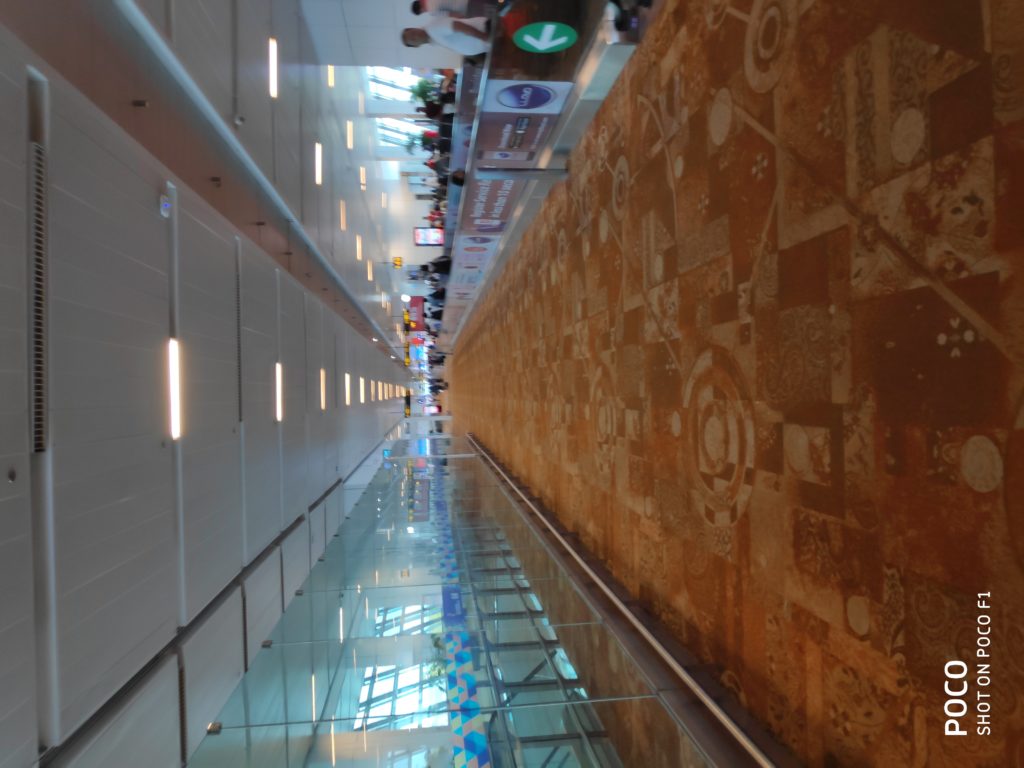 Again, for a phone that’s priced at around Rs 20,000/$300, the Poco F1 surprises with its performance. It is primarily in low-light where the phone struggles a bit particularly due to the lack of OIS as photos tend to come out a bit blurry and start lacking details.

The handset is also capable of recording videos in 4K resolution at 30fps as well as in slow-mo at [email protected] The phone does have EIS which ensures videos come out looking smooth with most unwanted jerks and motion filtered out.

The 20MP selfie shooter at the front does a fairly decent job, and in low-light, it makes use of pixel binning to capture more detailed selfies.

Even after playing games like PUBG or Skyforce Reloaded for a few hours every day and streaming music over Bluetooth for over 3 hours per day, the Poco F1 ended the day with around 30 percent juice in its tank.

Even better, the phone has Quick Charge 3.0 support so 10-15 minutes on the charger and the phone is good enough to last through another 6-8 hours. And unlike other OEMs, Poco bundles a Quick Charge 3.0 charger with the device so one will not have to invest in a quick charger separately.

Even if one does not take its price into the equation, there’s no denying the fact that the Poco F1 is an impressive smartphone. With powerful internals, excellent performance, a good camera, and almost every core feature that one could think of, the Poco F1 leaves little room for complaints. Yes, the design is utilitarian and the plastic build might not impress everyone but it does make the phone more immune to dings and drops which could be a plus for people who are usually clumsy with their phones.

The whole equation, however, completely changes when one takes the Poco F1’s price into account. With a starting price tag of Rs 20,999 ($300), the Poco F1 offers value for money that was simply unheard of — even from Xiaomi’s own standards.

What sweetens the deal is that the Poco F1 is not just about its specs, it is genuinely a great phone overall. The Poco F1 is the most disruptive smartphone to launch this year and sets a new benchmark for other mid-range and budget smartphones to follow.