New HP Chromebook 11 is Samsung powered, and it’s the first laptop to charge over microUSB Chromebooks are fascinating to me. They make the bold assumption that all anyone ever does with their laptop is browse the internet, so there’s no need to have any applications other than the web browser. This minimalistic attitude enables Google to do some awesome things like build in a super tight security subsystem that automatically updates the device’s OS every six weeks, without you even knowing. Today the Chromebook family has added a new member to the family, the HP Chromebook 11, and it’s my favorite Chromebook yet.

Now before I cause any confusion, I’d like to point out that I’ve never purchased a Chromebook. I was lucky enough to score one of the initial CR-48 prototypes, but other than that, I’ve never actually opened up my wallet and given a company my hard earned dollars/Euros/pounds in exchange for a device running Chrome OS. This new HP model might change that. It has an 11.6 inch screen that pushes a resolution of 1366 x 768 pixels, it’s powered by the new Samsung Exynos 5250, it has 2 GB of RAM, 16 GB of storage, and there’s WiFi a/b/g/n and Bluetooth 4.0.

How much? The WiFi only model is $279, which is a bargain. There will be a 3G/4G enabled model coming out later, but pricing hasn’t been announced. It looks like Google wants you to buy the Chromebook 11 from Amazon, but at the time of this article going up, the device isn’t on Amazon’s website.

Be sure to check out Engadget’s hands-on and first impressions.

Update: The Verge has a great hands-on article too. 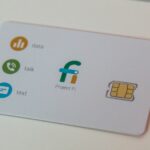