Like the LG G5 and V20 before it, the LG G6 also comes with a dual rear camera setup. However, this time around, LG has tweaked its camera setup to further improve the secondary wide angle shooter.

Instead of a 16MP primary shooter, the LG G6 now features two Sony IMX258 sensor. The 13MP sensor features 1.12um pixels, with the primary sensor being paired with a f/1.8 aperture and OIS. As for the secondary sensor, it is paired with a wide-angle 125-degree field of view lens with f/2.4 aperture. It lacks OIS and autofocus.

On paper, while the secondary wide-angle camera on the G6 has improved from that of the G5 and V20, the primary sensor is actually a downgrade. Not only does it feature a lower resolution sensor, the pixel size has also remained the same. This does not bode well for the G6 in low-light conditions where its primary shooter is at a clear disadvantage when compared to the likes of Google Pixel, HTC U Ultra, and Samsung Galaxy S7 edge.

As for real life performance, check out some camera samples taken from the phone below to judge for yourself on how the G6 camera does.

Images in daylight look good, but highlights are overexposed

Taken from the primary 13MP sensor

Same scene, shot from the wide-angle sensor. The difference between the f/1.8 and f/2.4 lens is clearly visible here

Lots of noise in low light

Do note that all the photos above were taken from a pre-production with non-finalised software. We are bound to see some improvements in image quality in the final retail firmware, but nothing too earth shattering.

What do you think about the LG G6’s camera performance based on the above camera samples? Drop a comment and let us know! 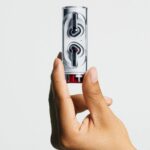 Nothing Ear (Stick) Is a Cheaper Alternative to the Ear (1)