How Nearby Works and How You Can Take Advantage of It

Usually, to get two Android devices talking to each other, you have to monkey around. With Bluetooth, log into some app and tap, hoping NFC magically does the rest. It’s a hassle. That’s where Nearby comes into the picture. This criminally underutilized feature of Android can allow two devices close to see each other to exchange data. Neat! How does it work, and how can you take advantage?

Nearby is a set of algorithms available to developers to implement in apps. There’s nothing to do for the user except install and use apps using Nearby. There are virtually no settings to tinker with, either. Nearby is present on all modern Android devices via Play Services and updated regularly.
Nearby uses three signals to connect when two devices are close enough, Wi-Fi, Bluetooth, or audio. The Wi-Fi component doesn’t connect two devices directly over Wi-Fi. It does compare the list of Wi-Fi access points each device can see. Suppose the list or both devices are on the same access point. That’s a good sign they’re very close to each other in the real world. Bluetooth contributes by transmitting a unique token to be seen by other devices using Nearby. Most interestingly, there’s the audio component. Nearby allows phones to emit an ultrasonic sound invisible to humans. The microphone only detects them on other phones or tablets. If two devices can hear each other, they’re connected. 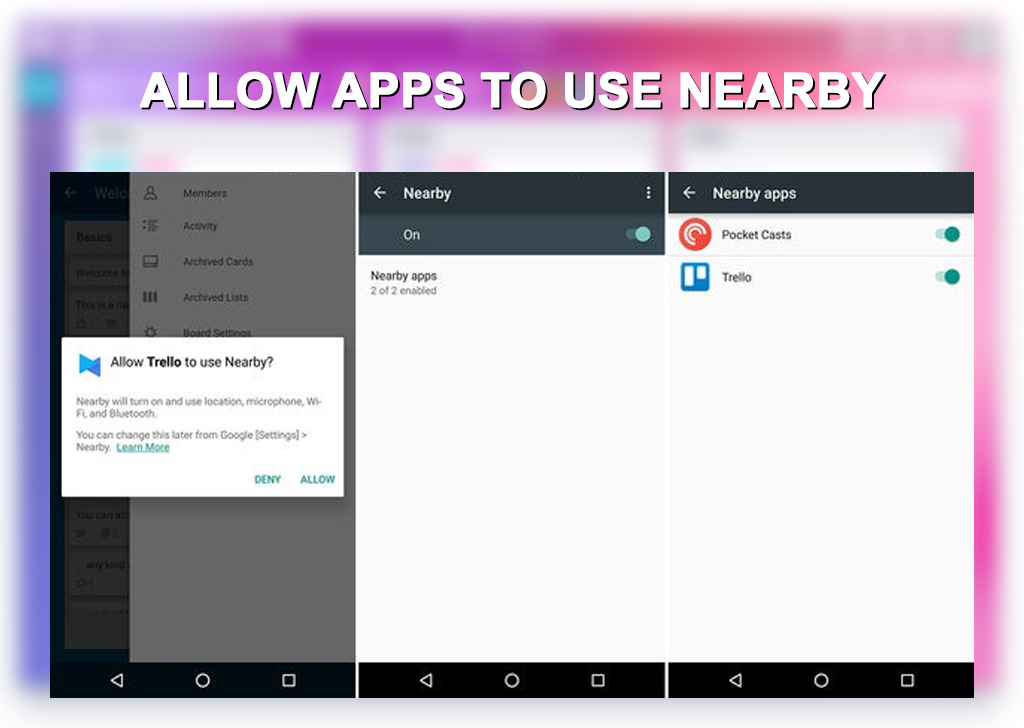 So, now you’ve established that the two phones are close. What does that get you? Nearby supports two leading apps; one for general connections and another for messaging. Then, developers can create collaborative lists and enable local multiplayer games. Even pair two devices for a multi-screen gaming experience. The messaging App does what you’d expect, allowing instant real-time messaging between two devices. Nearby messaging is not encrypted, don’t use it for sensitive communication.

You have nothing to do during the pairing process. You’ll have to give the OK the first time you access the Nearby functionality in an app. When Nearby is active, a notification provides quick access to account options. And let you enable or disable Nearby for each installed app that supports it. Android extended Nearby to allow Bluetooth beacons to pop notifications to apps or web pages. So you may enter a museum and get a message linking you to an audio tour. United Airlines connects you to free entertainment options while waiting at the gate. Your Chromecast will smooth the setup process by popping up a notification to tap. Without requiring you to type in a setup web address. But ensure the Bluetooth is on.

Making Use Of Nearby

To take Nearby for a spin on your phone. You’ll want to grab a few apps that show off the technology. Here are some of the coolest. 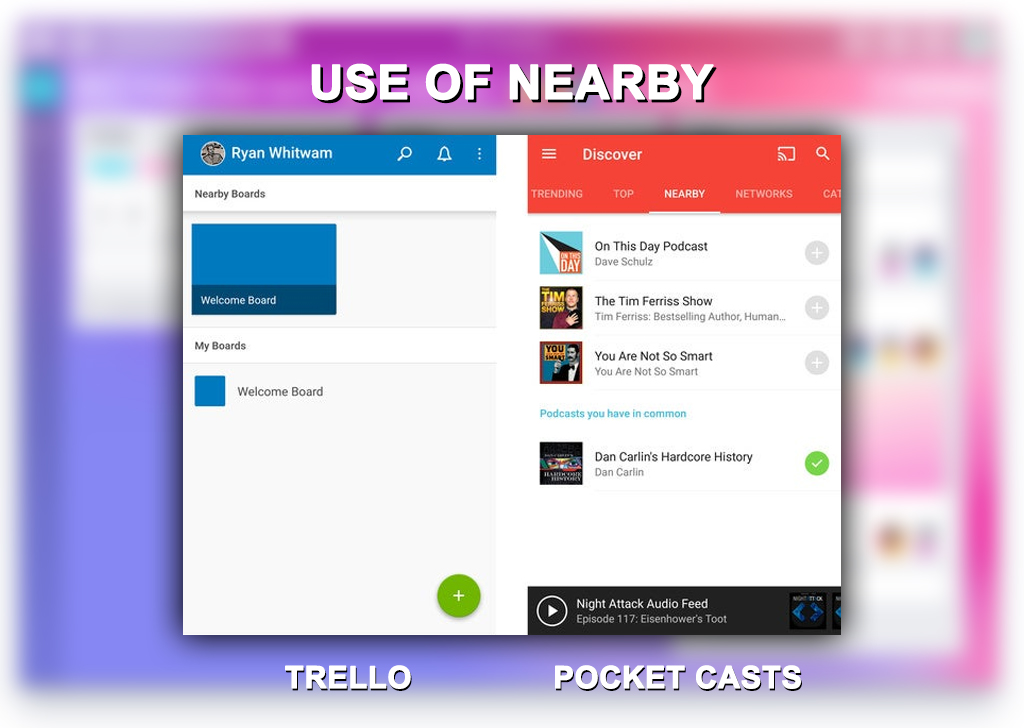 Trello is a project manager to-do tracker organized into boards. You can create a board for anything you want. In the overflow menu is an option to share a board via Nearby. You can scan for other boards shared by Nearby from the main screen in Trello. 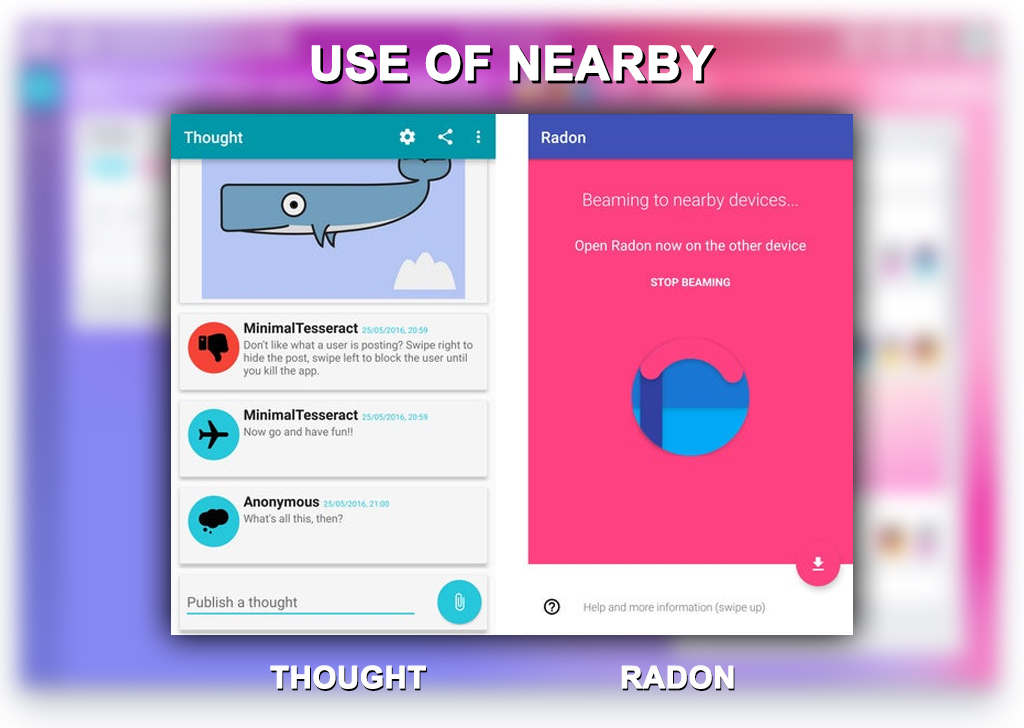 Thought uses the Nearby messaging App to create conversations in your local area. You can create a profile or chat anonymously with anyone else running Thought in your immediate vicinity.

Radon is a super-simple sharing app based on Nearby. Find a link you want to share and select Radon from the system sharing menu. The person you’re sharing the link with needs to have Radon running. The app quickly spots the device using Nearby. The link is pushed over, and users are finished. No logins or typing is necessary.

And this is only scratching the surface of what’s possible with Nearby. It’s fantastic, but still, there are not enough apps. Developers may pick up the pace and build more proximity-based features with Nearby.