Smartphones and Tablets have jumped from the lap to the living room thanks to new technologies. That cut the HDMI cord wirelessly to integrate mobile and television. It’s all possible thanks mainly to Miracast, for standard wireless video-sharing. First introduced in 2012 and began showing up in products in mid-2013. 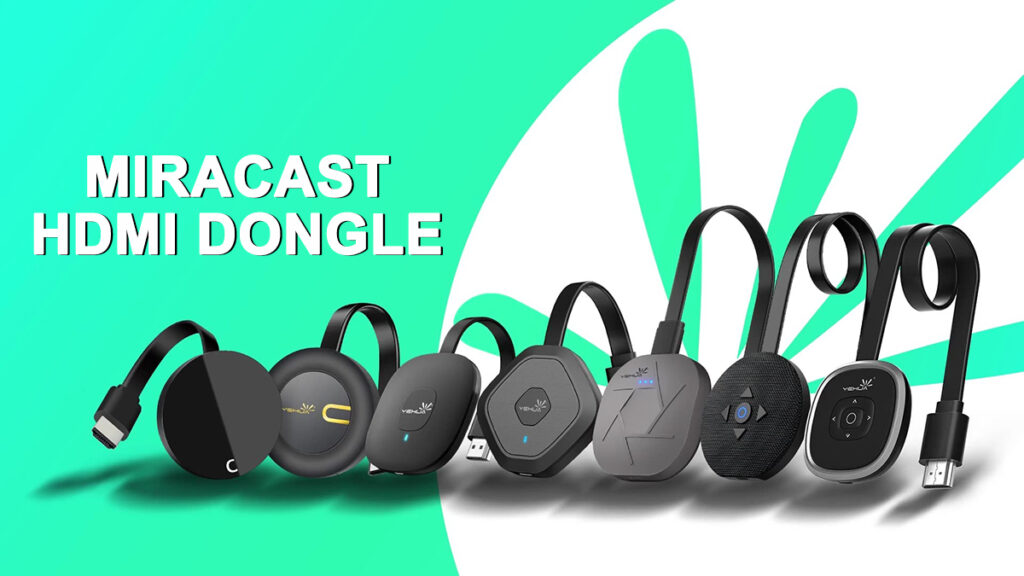 On the provider side, 2013 saw Miracast gain widespread availability thanks to big-name backers like Belkin, NetGear, and Asus. Each of them released its own Miracast-enabled devices. Miracast made its way into Android’s source code version 4.2 Jelly Bean. Which is now available on most new Android devices through the Wireless Display settings. Miracast isn’t without competition. In 2013 saw the release of Chromecast. Google’s own $35 video-sharing device that Android and iOS devices control. Video-sharing technologies are never equally created; they vary in function and price. It all begs the question. Which video-sharing device fits your needs? 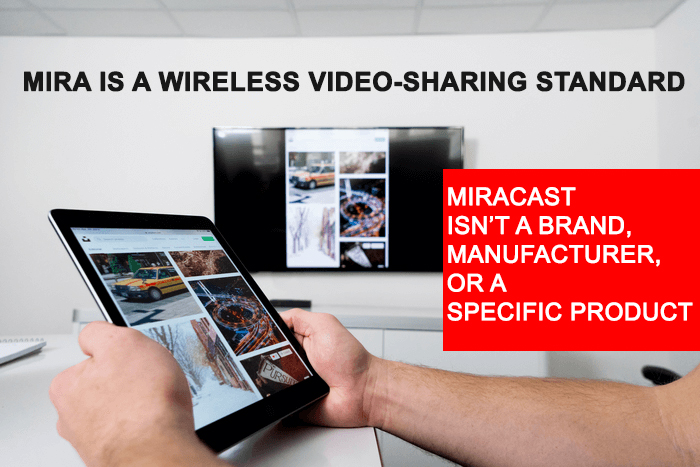 Miracast isn’t a brand, manufacturer, or specific product. The wireless video-sharing standard developed by the Wi-Fi Alliance extends the Wi-Fi Direct networking protocol for video streaming. The Wi-Fi Alliance is the group that made the 802.11 protocols interoperable under the Wi-Fi name; Miracast. It aims to make video-sharing interoperable across devices.
Miracast works by linking two devices directly, like a television dongle and an Android device. It uses a dedicated peer-to-peer Wi-Fi connection, aka Wi-Fi Direct. The devices must have a recent Wi-Fi radio connection and implement the Miracast protocol in their operating systems. Android and Windows 8 support the standard, but not all manufacturers have enabled them. Some require only a driver update to allow Miracast. Check with your manufacturer if you don’t see the Wireless Display option in your device’s Settings app.

How to Use It

I used the Netgear sh2 TV. It’s the only currently approved Miracast device for use with the Amazon Kindle Fire HDX. Sadly, manufacturers haven’t met the Wi-Fi Alliance’s interoperability goals for Miracast. The sh2 TV looks very much like an Apple TV. A small box directly connects your TV or receiver via an HDMI cable to the mobile device using Wi-Fi Direct. And not via the wireless Network. Miracast devices can be dongles that plug directly into a TV’s HDMI port.
To enable Miracast on your compatible Android smartphone or tablet. Go to the Settings apps Display settings or the Output settings. Depending on your device model, select the Miracast device in range. First, as with Wi-Fi access points, any in-range devices should appear in the list. Your Android device will mirror its screen directly onto the television. You have set the TV or receiver box to the HDMI input as the Miracast device. 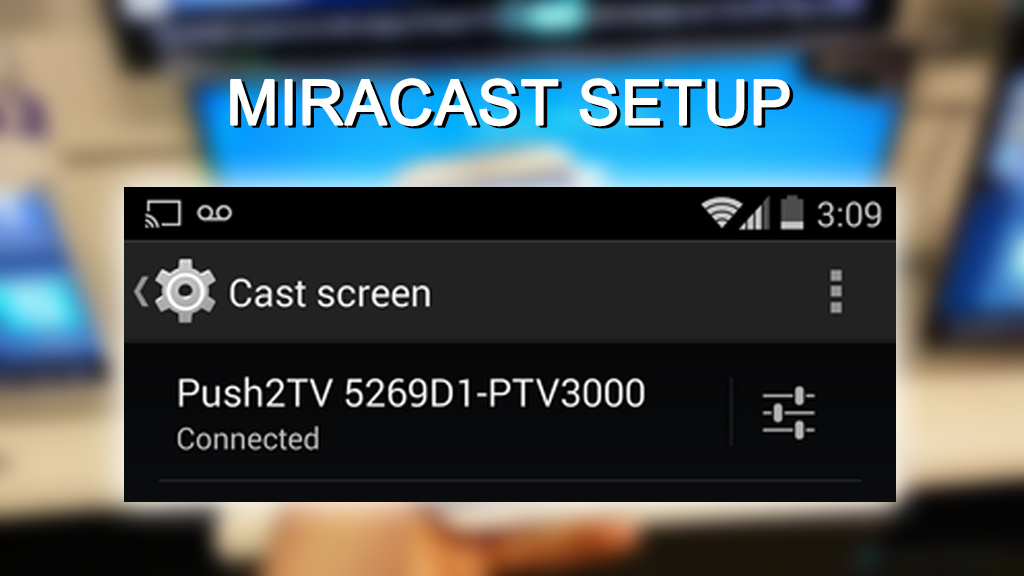 The sh2 TV and Miracast devices can transmit data at 1080p resolution with 5.1-channel digital audio. They are making it ideal for sharing videos and music on your television. Miracast uses the industry-standard H.264 codec, every video format is supported, even copyright-protected media.
Miracast isn’t limited to just entertainment. It’s excellent for playing mobile games on the big screen in your living room. And file Presentations on the big screen in the conference room. And there’s little to no user setup required. Anyone in a meeting can take and share content.
When you stream via Miracast, ensure your screen stays on the content shared. Miracast mirrors your device’s display. It’s not sending an independent video stream regardless of what is on the screen. Video-sharing via Miracast can deplete your battery quickly. Ensure to keep your device plugged into a power source.

Chromecast is a simple dongle that plugs into your TV’s or receiver’s HDMI port and plugs into a power outlet. It uses Wi-Fi to access the Internet. Chromecast is a specific device, as Miracast is a protocol many devices support.
At first, Chromecast may seem like Miracast, but the two technologies are different. Chromecast is more focused on multimedia than the screen mirroring of Miracast. And doesn’t mirror content from your Android device directly to the Chromecast dongle. It pulls the Internet content and uses your mobile device simply as a remote control. 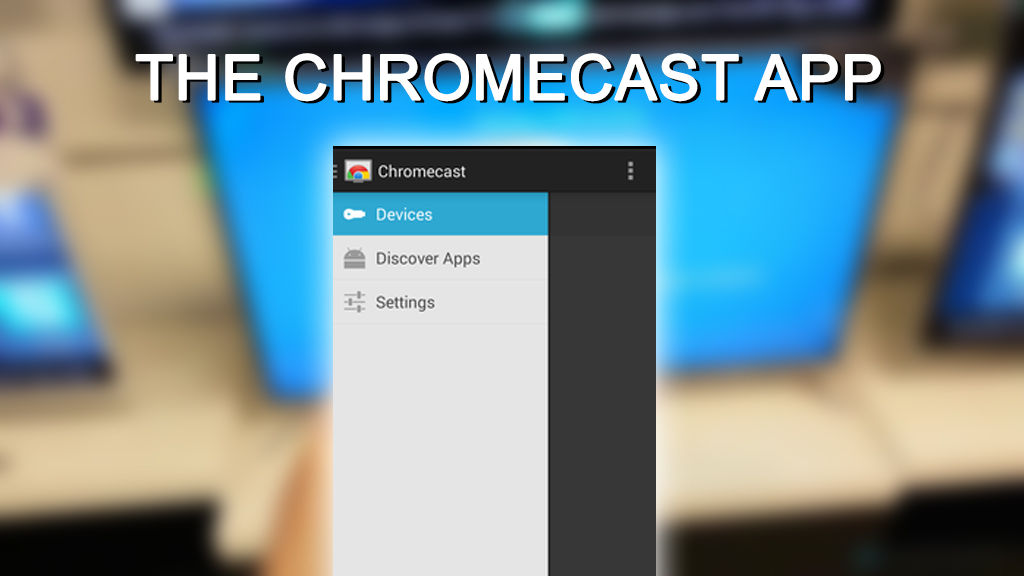 To use a Chromecast. Install the Chromecast setup app on an Android or iOS device or your computer. You can get the app from Google’s Chromecast page or Play Store. You’ll use that app to set up Chromecast. Including its connection to your Wi-Fi network to access the Internet content. Chromecast operates by receiving remote-control commands from your Android or iOS device.
Any smartphone, tablet, or laptop connected to the shared Wi-Fi network can wirelessly stream supported content to your television. There are currently a handful of services compatible with Chromecast. Big names like Netflix, Hulu, HBO Go, YouTube, Music, etc.

Your Mobile is a Remote 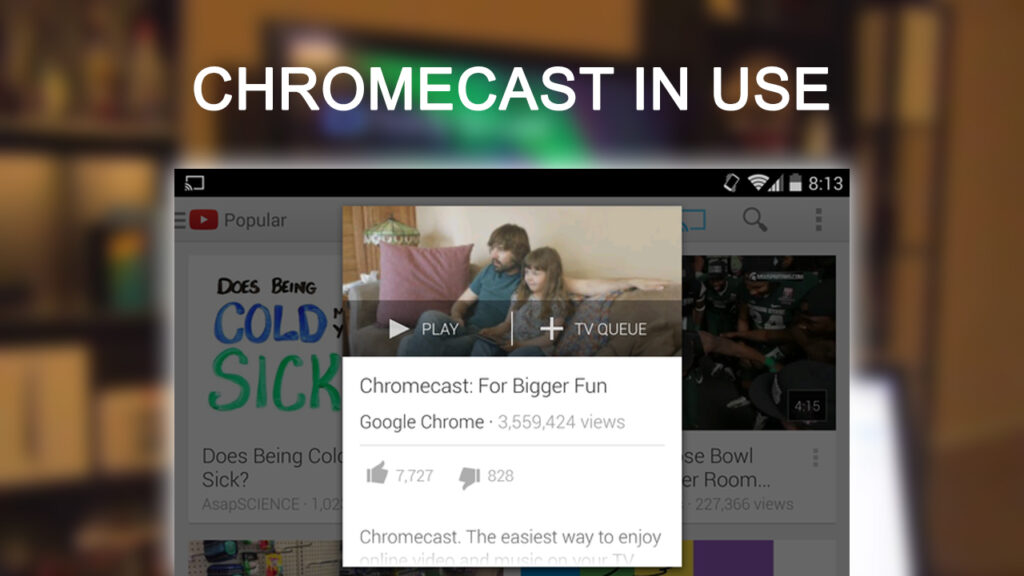 Chromecast can’t wirelessly mirror the screen of a mobile device. Neither does it let you share Android device content like games, files, and apps on your TV. The good news is that it’s bridging the gap. Chromecast’s streaming-control approach and Miracast’s mirroring course by adding mirroring capabilities to its Chrome browser. You can send the browser tabs to your TV via Chromecast.